Nickel-Cobalt Laterites in the News

Based on the proceedings from ALTA 2005 Fire Protection World Summit, which remains an important source of information for the cause, protection and prevention of fires in SX plants.  The proceedings have been republished in the ALTA Free Library for the benefit of the industry, especially newcomers. Read More

Ten PAL plants for low grade nickel laterites have been built since the PAL revival started in the 1990s in Western Australia. Eight are operating today. Remarkably, so is their distant ancestor from 1960, Moa Bay in Cuba. This amounts to 120 years of combined PAL operating experience, including 56 years at Moa alone – more than enough to make a realistic assessment. Read More

Bioleaching has finally moved into the treatment of nickel sulphide ore and concentrates, with commercial heap and tank systems now in commercial operation in Finland, and a commercial tank system planned for Western Australia. The projects have undoubtedly benefited from the experience gained in heap bioleaching in the copper industry and tank bioleaching in the gold sector, as well as the downstream processing and product recovery technology applied in nickel laterite pressure acid leaching projects. Read More

Copper SX-EW – What are the Options?

Since it burst onto the world’s metallurgical scene in the late 1960s, copper SX/EW has gone from strength to strength and has seemingly blitzed all comers. But it does have some drawbacks, which opens up opportunities for possible options. Read More

Uranium ore processing technology continues to advance, driven by the need to reduce capital and operating costs, the move towards lower grade and more difficult ores, the need to improve the processing of saline leach solutions and the increasingly stringent environmental regulations. Read More

Efforts to develop lower cost and simpler hydromet alternatives to pressure acid leaching (PAL) for laterites are being made by a number of organizations. Processes retaining sulphuric acid as lixiviant include various atmospheric tank leaching concepts and heap leaching. Atmospheric leaching processes using hydrochloric and nitric acid are also being developed. Meanwhile the number of pressure acid leaching operations is increasing, with some major projects still ramping up towards full production, and by-product scandium operations are being developed. Read More

Necessity is the Mother of Invention

Inventions and innovations in the metallurgical industry often come out of times of need…or sometimes even out of desperation!  Here are some classics from my many years in engineering and consulting. Read More

Feasibility studies are a vital part of the sometimes tortuous path leading from a resource discovery to a profitable operation. Yet they come in all shapes and sizes – cheap or expensive, good or bad, well thought out or “off the cuff”, valuable or valueless – and can be a firm project foundation or a fantasy. Read More

Some new players have joined the list of hydromet processes for copper sulphide concentrates. A key driving force is increasing industry concerns in the transporting and smelting of concentrates with high impurity levels, especially arsenic. This has led some to focus on removal of impurities rather than total hydromet processing. Read More

Copper Heap Leach Development – Not as Easy as it Looks

Heap leaching has become increasingly popular in the copper industry for treating oxide and secondary sulphide ores, and is now being extended to primary sulphide ores.  If you are thinking about a project, here are some practical pointers to help you towards a successful outcome. Read More 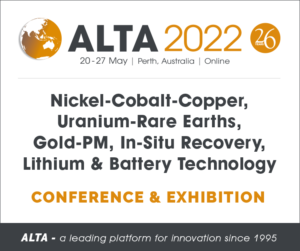 Given the continued uncertainty in relation to the COVID-19 pandemic, and after much consideration the ALTA team have made the…Read more 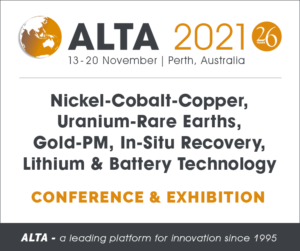 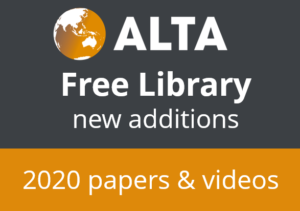 ALTA 2020 Online additions We are pleased to announce exciting new additions to the ALTA Free Library.  All opening and…Read more 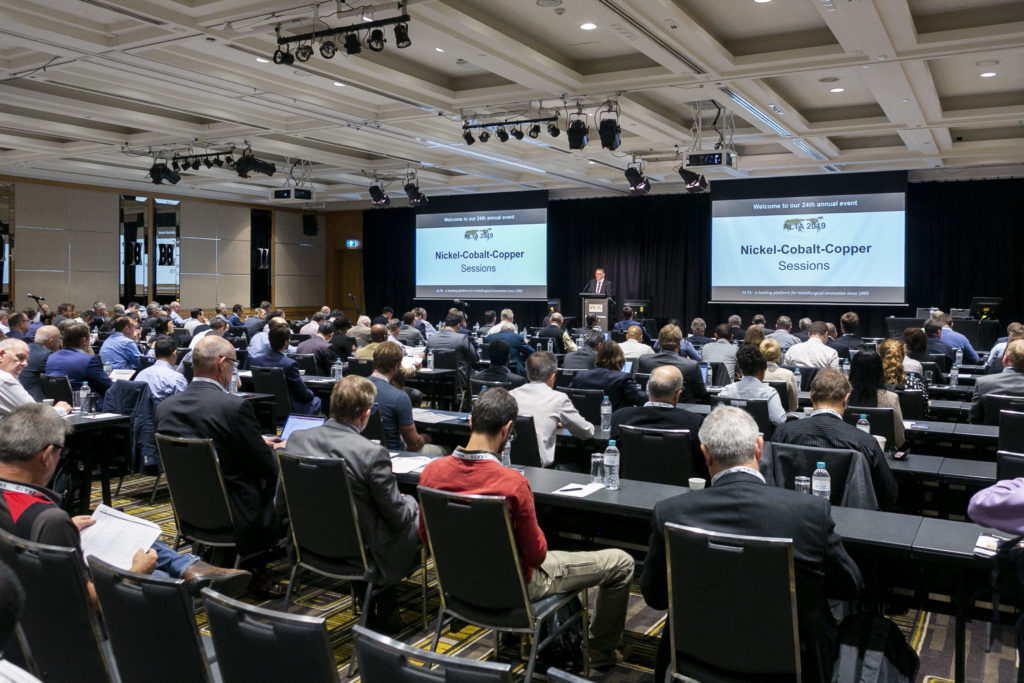 Given the continued uncertainty in relation to the COVID-19 pandemic, and after much consideration the ALTA team have made the...Read more

Given the continued uncertainty in relation to the COVID-19 pandemic,
the 26th ALTA Conference is postponed to 20-27 May 2022

What do people say about ALTA?  testimonials